There are many common dental issues in Australia. From periodontal disease and tooth decay to bad breath, a professional dentist can help.

Here are some of the most common dental issues in Australia, and a little on how you can protect your oral health and spot any potential problems.

Tooth decay is by far the number one dental issue for Australians – more than that, it’s the number one health issue in the country, according to the Australian Dental Association (ADA). Even though this disease is generally highly preventable, statistics show that as many as 11 million teeth will develop decay in Australia every single year. It’s also five times more common than asthma in kids.

This disease is essentially when the enamel on your tooth (the exterior layer of your teeth) becomes damaged. It happens when plaque builds up on your teeth after you’ve eaten foods or drinks containing sugars. The plaque is made up of bacteria, which then creates an acid that attacks the enamel.

Data from the Australian Institute of Health and Welfare (AIHW) shows that 27 per cent of Australians are uncomfortable with their dental appearance, but even then, many do not visit their local dentist or prioritise hygiene habits like flossing.

“Preventing tooth decay can be as simple as controlling the consumption of sugary or acidic food and drink between meals, drinking soft drinks through a straw to minimise the acid exposure to your teeth and eating calcium rich foods like cheese and yoghurt to help neutralise acids and protect your teeth,” explained the ADA’s Oral Health Committee Chairman, Dr Peter Alldritt.

This, as well as regular brushing, flossing and dental check-ups are simple steps for avoiding Australia’s number one most common health issue.

When the Australian Research Centre for Population Oral Health studied the prevalence of both gingivitis and periodontitis, they found that roughly a fifth of all people experienced one or the other, with as much as 60 per cent of the 75-and-older age group showing cases of periodontitis. Overall, periodontal disease is Australia’s fifth most common health issue, according to AIHW.

This issue manifests in two forms.

The first type (gingivitis) is less serious, more common and very easily treated. Gingivitis leads to redness, irritation and swelling of the gums, and it’s common for the sufferer to be unaware that anything is wrong due to the mildness of these symptoms. However, if left untreated, gingivitis can worsen and turn into periodontitis, which is much more serious. Avoiding gingivitis is similar to a lot of other dental issues – maintaining good brushing and flossing habits, and making regular visits to your dentist, can help you address the problem (or avoid it entirely!).

Periodontitis, the more serious of the two ailments, is what happens when gingivitis is allowed to fester. In this case, the plaque will extend below the gumline, which leads to the gums separating from the teeth, creating pockets that can quickly become infected. Eventually, the bone will start breaking down, the gum tissue condition worsens and the tooth may become loose and will have to be pulled out. There are a number of treatments available, from scaling and antibiotics to surgical measures such as bone grafts and flap surgery, but in all cases, prevention is usually the best option!

Roughly 2.4 per cent of the population suffers from bad breath – also known as halitosis – and unfortunately, not all of them know it. The degree of the problem varies greatly, and some people may even believe they have bad breath but do not, while others will be unaware of any issue.

Halitosis is caused by a range of problems, some of which are easily treated at home while others may need the help of a dental professional. The simplest cause is that of smelly foods such as onion or garlic. As well as this, trapped food can be the reason behind bad breath, as it contains bacteria which can smell as it rots.

A dry mouth – xerostomia – can also cause bad breath as saliva acts as a natural cleanser that removes particles that smell. When the saliva runs out, bad breath occurs. Dry mouth can be caused by anything from smoking to salivary gland problems to overuse of the mouth for breathing. In most of these cases, good oral hygiene (and quitting smoking) may be all you need to alleviate the symptoms.

More serious cases may be caused by medical conditions or serious dental problems. In this case, your dentist will be able to tell you if the problem originates from the mouth, or if you need to see another medical professional.

It’s hard to know exactly how many people suffer from tooth sensitivity (otherwise known as dentine hypersensitivity), but it’s estimated that as much as half the population experiences this ailment. One indicator of value is that 20 per cent of adult Australian grocery buyers purchased sensitive toothpaste in 2013.

Tooth sensitivity is the feeling of discomfort or pain when the tooth is exposed to hot or cold foods or air, or even sweet or acidic foods. It can be a dull, aching pain that lasts for hours or a short sharp one that passes quickly. It isn’t always easy to diagnose either, as the pain can manifest throughout the jaw rather than in just one or two teeth. It can even come and go over time.

If you suffer from any of these common problems, talk to your dentist about ways to fix the issue and prevent it from happening again in future.

Are you eligible for the CDBS? 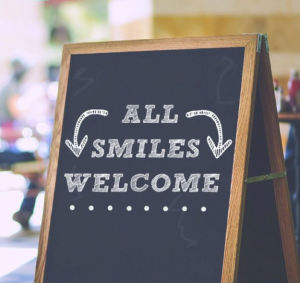 “No Gap” check up? Yes please. 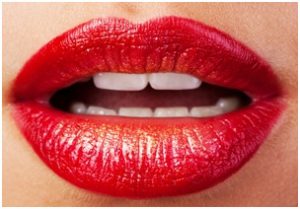 Posted in News and Updates

To book a preventive care appointment for you or your family, call our dentists in Goondiwindi today on (07) 4671 1806 or make an appointment online.